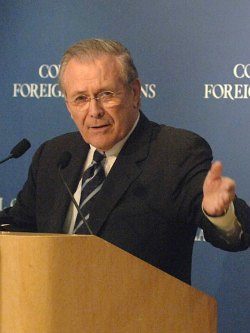 The winds of change in the Unites States horoscope were beginning to blow up a storm well and truly before the midterm elections took place. On the Libra Ingress we see that the Ingress Saturn is across the dial to Jupiter in America’s chart.

In Ebertin’s book, “The Combination of Stellar Influences,” page 170, one of the probable manifestations of this aspect is a change-of-residence.”

From a political point of view, this aspect bring changes in Government circles. Time and time again when this aspect is active, we have to move house, change job, or resign from our present position, what ever that maybe.

It is all about breaking free, making adjustments, seeking expansion or just realigning our concept of duty and responsibility. I have started road testing the Rudyer chart for America which is 4th July, 1776 at 5.10pm LMT +05 in Philadelphia PA., with the Ascendant, 12 degrees of Sagittarius and the Mid-Heaven on 1 degree of Libra. Much controversy always surrounds the horoscopes of countries so one must do a lot of work to find a chart that works for them.

Previous to this, I used the Greaves chart of 4.50 pm., which has the Ascendant at 8 degrees of Sagittarius and the Mid-heaven 25 degrees of Virgo. At the moment we have transiting Uranus activating the Rudyer Ascendant which could explain why the American people voiced their opinion at the ballot box.

Uranus/Ascendant causes restlessness within the human psyche and the probable manifestations of this aspect are: rearranging one’s environment and also changing one’s residence. Looking back to September 11th 2001 we had Pluto conjunct this same degree on 12 degrees of Sagittarius.

Cosmobiology is an excellent tool for rectification as one can pin point the degrees with accuracy. I was taught that without a correct time of birth one can still make predictions but be out in those predictions, for up to one year. Depending on which chart you use, with an Ascendant on 8 degrees and the other on 12 degrees, then one can be out in their political forecasting for America by up to 4 years.

One way to test your theory is by the effect of the slow moving planets to these very personal points. (Ascendant/Mid-Heaven/Vertex/Eastpoint) Also on September 11th Saturn was within orbs of Pluto, doubling the potency of this aspect. On the same day we had transiting Mars to the Rudyer Mid-Heaven, which is failure through wrong arrangements and instructions. This could explain why the terrorist were able to penetrate security and very few astrologer pinpointed this disaster with accuracy.

Both of these aspects are a good description of what happened on that day. It is no surprise that Donald Rumsfeld, United States Secretary of Defence was the casualty after the horrendous result for George W Bush and his team in the midterm election on 7th November. At the time of the election the transiting Saturn had connected to Jupiter in his chart. A classic result of Saturn and Jupiter at work.

A few days before the election George Bush categorically stated that Mr Rumsfeld would stay, no matter what. However, once the American people showed their disapproval, in particular to the issues surrounding the war in Iraq, then a major shake up was inevitable. Donald Henry Rumsfeld, United States Secretary of Defence was born on 9th July, 1932 in Evanston Illinois.

He has the Sun in the sign of Cancer and the Moon possibly in Virgo or Libra, as on the day he was born the Moon changed signs. However, I think his Moon sign could possibly be the last degrees of Virgo as he has the more analytical side to his nature. If he had the Moon on 25 degrees of Virgo then the transiting Pluto/Node across to Mars would have been the trigger. Moon in Virgo would make him competent and conscientious, with the unique ability of being able to analyse reactions like a fly under a microscope.

One could call it a sort of analytical caginess. In his horoscope Mars, planet of the ego drive is in the sign of Gemini and this would tend to make Mr Rumsfeld loyal to abstracts rather than individuals. Although he has the Sun in the sensitive sign of Cancer, the above combination gives him a sort of detachment and appearance of having a cavalier disregard for the feeling of others. Mercury and Venus also in the sign of Cancer has some strong points like, tenacity and ambition but when under pressure, people with this combination can cut themselves off from society in order to escape pressure.

In a book I once read, it described people with Venus in Cancer, as ruminating in an imaginary world of their own making rather than trying to cope with all the demands they feel are being placed upon them. Donald Rumsfeld has been under pressure for some time and has turned a blind eye to the feeling of the American people on the war issue. Not long ago he was criticized for using a stamp to sign letters to the families of the soldiers killed in Iraq, rather than using his own signature.

Recently an article written in, “ The Age” newspaper here in Australia said that, “Rumsfeld’s own refusal to admit mistakes on Iraq and his penchant for denying his own pre-war claims about the war saw him labelled as arrogant.” The article went on to say, “when calls for his resignation grew among the retired commanders, Rumsfeld declined to concede they had a legitimate gripe. Instead he cast himself as the agent of change in a notoriously leaden bureaucracy and said their criticism was sour grapes.”

This was certainly not the positive side of Venus in Cancer at work, and clearly he was ruminating in his own imaginary world. Whenever we want to look for changes within our political landscape, especially around election time, then Jupiter and Saturn aspects are the most elevated to bring about change.

It does not matter what sign these two planets are in, or the aspect they make, they are the movers and shakers of the horoscope during political change. And no matter how catastrophic these changes are, once the dust has settled, everything seems to turn out for the best in the long run. It is now left to Rumsfeld’s successor to try and break down the barriers between civilian and military leaders and get some semblance of order back into the war issues that surround America.

Early in the piece, Donald Rumsfeld developed a reputation for blasé statements about serious events so I am sure he is not too upset by having to stand down, as in his own words he said, “Stuff happens.”