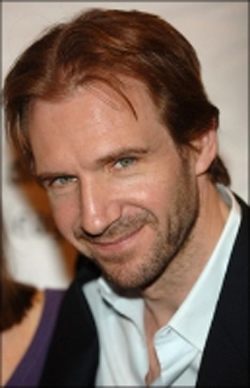 Sometime, somewhere in the world, at all levels of society, scandal travels down the corridors of power and explores the highways and byways of human frailty. In this case it was the airways, as award winning actor, Ralph Fiennes found himself caught up in a supporting role too good to refuse.

The title of this short film was, “The Air Hostess and the Actor.” However, I do not think that this episode will win an academy award, but it did for a short time; find itself on the top selling list for journalists. Once again stories of power, lust greed and vulnerability give fodder to the waiting news media, keen to ruminate on the luscious details of any, “high flying actor or actress.”

It started out as just another day for Qantas Air Hostess, Lisa Robertson; little did she know, by night’s end, her wild fling with actor Ralph Fiennes would cost her, her job. Mr Fiennes was born in Suffolk, England on December 22nd 1962 and with the Sun (ego) in Capricorn and the Moon (emotions) in Scorpio; he has a certain rigid inner pride and a keen sense of his own importance.

The sign of Capricorn underpins ambition, power and prestige and enormous discipline, to stick to one’s goals. As a young man he knew what he wanted out of life and trained at the Royal Academy of Dramatic Art.

Then he joined the Royal Shakespeare Company where he became a fine and polished actor. In his natal chart on the 90 degree dial, we see that the Sun makes an aspect to Neptune across the dial. Ebertin, in his book, “The Combination of Stellar Influences” describes this as receptiveness to all impressions and an active imagination.

Just the aspect one needs to become a good actor. It also gives impressionability and susceptibility and with Moon in Scorpio this is not the easiest of structures to work with. However, even though he was emotionally vulnerable Fiennes, was able to define his ambitions at an early age and put them into a framework of probability.

The Sun=Neptune can have a strong inspirational bent but it does have a downside. If one is not careful one can be predisposed to drugs, alcoholism and entanglement in scandal.

This is not the easiest of aspects and one has to be very careful of the dark side. Ralph Fiennes is lucky; he has the Sun in Capricorn and this is the sign related to law and order and doing things the right way. At 45 years of age we all have a mirror image of our horoscope by Solar Arc, so this gave him a double up of the Sun/Neptune.

By progressions we can see that the Sun is also being involved with Saturn/Mars and Neptune and unfortunately for Mr Fiennes the aspect took on a particularly insidious form of exploitation. With the transiting Mercury activating this syndrome on the 24th January 2007, he was too magnetic for his own good and ripe for seduction or dangerous love leading to scandal and exploitation. It is all in the triggering mechanism.

There is an old saying, “Come into my parlour,” said the spider to the fly, and so he did. A lonely film star, a seductive air hostess and the mile high sex scandal became a reality. Much was written about who seduced who, but Fiennes has Mars (energy) in the sign of Leo which can make one sexually aggressive and rarely if ever would one take the subordinate role. It is the proverbial strong and silent type but big on control.

This is a very dominating aspect be it at work or at play. Not hard for a woman to become submissive when one is a well known movie star. Ralph Fiennes just happened to be Lisa Robertson’s favourite movie star and she had seen the movie, “The English Patient’” many times. They say that power is a great aphrodisiac. Unfortunately for these two, we have a public that has double standards.

It draws its entertainment salivating over lurid details of the lives of the rich and famous and yet in our sanctimonious, self righteous world we are happy to throw the book of rules at those who dare to cross the line. In today’s world full of modern technology it is so easy to have instant access to all the sordid details of others lives. In a blaze of publicity, press and television commentators have a field day, be it cricketer Shane Warne and his text messaging scandal, or the local politician and the call girl, Britney Spears or Anna Nicole Smith.

So, life goes on, stars behaving badly will always be fodder for tomorrow’s news and as La Rochefoucauld once said, “we all have the strength to endure the misfortunes of others.”