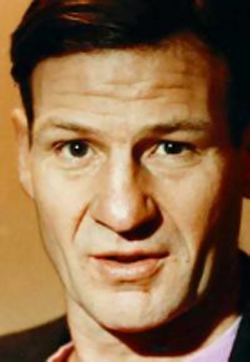 On the day he was born the Sun and the Moon’s Node were together on the 90 degree dial which often indicates a relationship with the public. This pattern also goes across the dial to his natal Moon, so it is not surprising from an astrologer’s point of view that for most of his life he has been a newsmaker.

From his teenage years as a footballer to his controversial media profile, love him or hate him, his relationship with the public here in Melbourne is well and truly documented. He started his Australian Rules football career in 1964 as versatile players with prodigious athletic skills.

In 1967 Newman had a serious health scare when one of his kidneys’s had to be removed. He recovered and continued playing football, winning the club’s best and fairest the next year. He played 300 games during his 17 year career.

For the past 14 years Newman has been one of the hosts of Melbourne’s popular television shows called “The Footy Show.” He is controversial and opinionated, rude and sarcastic and his wit is razor sharp.

Many would say that Newman has no claim to fame but one of the powerful combinations that constitute, a public authority, one with a vital personality and the capacity to reach great heights, is that of the person with Sun in Capricorn and the Moon in the sign of Leo, which is where the Moon was, on December, 22nd 1945.

Also, this same combination can create a kind of nervous enthusiasm that makes for trouble in the romance department and Newman’s eccentric and messy love life has been well documented.

The Capricorn/Leo personality has been describes as a person who has that sort of aloofness and detachment that makes one seem important even before one really is, and this is the Sam Newman enigma.

Any one who wants to see Sam Newman’s list of controversial antics can find them on Wikipedia, the free on line encyclopaedia. Listed there, are some 24 of his many antics over the years.

The key to his success and the reason why the television show has become so popular is that Newman is so unpredictable with his antics. The stunts he carries out, often make one cringe and mostly the jokes, end up being on himself. How many would want to set themselves up as a fall guy, or dress in those many ridiculous outfits?

Still; he is tall, good looking, and oozes sexuality and here, Venus in Sagittarius may just help swing those impulsive passions out of control.

Moon (emotions) and Mars (energy) are both in the sign of Leo in the natal chart and this gives a powerful urge to dominate the environment be it on the job, at play or in bed. Sun in Capricorn is all about power, control and prestige and some sensitive individuals find this kind of behaviour offensive.

Man, woman, colour or creed, no one is immune from his lethal tongue lashing, so why then has his latest controversy when he manhandled a manakin with a prominent woman’s face, become such a major issue.

Having followed this perpetually controversial personality for so long, I had been wondering what the effect of Pluto, planet of destruction and renovation would have, when it moved into the sign of Capricorn back in January 2008, as it passed over the Moon’s Node and the Sun.

Well; we did not have too long to wait, as the time line in Sam’s life, as listed in, “Herald Sun,” newspaper, Friday May 30th 2008, go something like this:

• 5th March: Surgery for prostate cancer
• 9th March: Operation filmed on 60 Minutes
• 3rd April: Manhandles lingerie-clad mannequin on The Footy Show
• Late April: Top AFL (Australian Football League) figures slam skit and say Newman should do a course to improve attitude to women.
• May 1st: Newman refuses to apologise; reveals he has tried to quit but channel 9 stopped him.
• May 2nd: Breaks ankle, has surgery in hospital.
• May 4th: Misses Logies; footy show booed as it wins most popular program
• May 9th: Susan Albert, from Western Bulldogs’ football club lodges a defamation case against Channel 9, Garry Lyon (another Footy Show personality) and Sam Newman
• May 28th: Channel 9 announces Newman has been told to take a break.

The astrological timeline reads like this:
• 5th March: Mars/Pluto = Sun/Node (Surgery) and Sun/Uranus across Mars (also indicates surgery)
• Time has been rectified to between 11.00pm and 11.14 pm – so Uranus also transiting Vertex indicates many environmental changes.
• 3rd April: Misdemeanour on Footy Show – Transiting Sun mid-point Vertex/Pluto which translates to being controlled by outside forces.
• 1st May: No apology – Sun = natal Pluto plus Moon’ Node has now come to Neptune across to natal Neptune. Things now become very deceptive with many grey areas
• 2nd May: Break leg – Same aspects as 1/5/08 with the Sun only having moved one degree and the Moon moving 12 degrees
• 9th May: transiting Moon = Neptune across to Moons Node/Neptune (More deception)
• 28th May: Ordered to take a break from TV. Pluto has been retrograde since 2nd April and has now come back to 00 Capricorn 25, heading back to Pluto/Node and the very difficult aspects of the week 22nd May to 27th May see both the Sun and Venus = Saturn/Ascendant.

Rectification of a chart (that is trying to find the time one is born on a day when there is no time of birth is very tricky) I tell my students if they need to rectify a chart, the best way is to use the transits of the outer planets such as Saturn, Uranus, Neptune and Pluto as their path is slow moving.

In this case, if Sam Newman was born when the Sun moved into Capricorn, it would give him a birth time of around 11pm and his Ascendant would be one or two degrees of Virgo and the Mid Heaven 14 degrees of Sagittarius.

In the latest, “Horoscope magazine,” Lou Ashby described Pluto as a highly charged power point. The writer goes on to say that Pluto transits do not fool around or tread lightly; they can destroy all you have built up with one backhand swipe, so naturally we expect to see Pluto as a major contributor to his latest problems. These aspects would be intensified with Saturn in aspect to Ascendant.

Luck played a major part in Newman’s recovery from prostate cancer as on the Capricorn Ingress (22 December, 2007 5.07.32 pm AEDT -11 Melbourne Australia) he had Mars-Mercury-Vertex-Jupiter-Sun-Pluto all to the Sun/Moon’s Node across to Moon/Ascendant.

However; luck appeared to run out on the Aries Ingress with Saturn across to Jupiter = Chiron and Ascendant (change of residence) and Ingress Ascendant = Mars indicating quarrels, conflicts and disputes.

What now for Sam? He has always been the spark that lights the flame, starting spot fires and then getting others to put them out. His ability to connect with an audience is second to none and his wicked tricks push the boundaries. Health wise, luck should see him through but his demise from the footy show is another story.

There is an old Polish saying, “the pitcher only carries water until the handle breaks.” Sam Newman was only doing what Sam Newman does best, entertaining the troupes. By ordering him to take a break and attend counselling, from the long running highly successful, Footy Show, the Channel 9 television network has dug themselves into a rut. The only difference they say, between a rut and a grave is the depth.